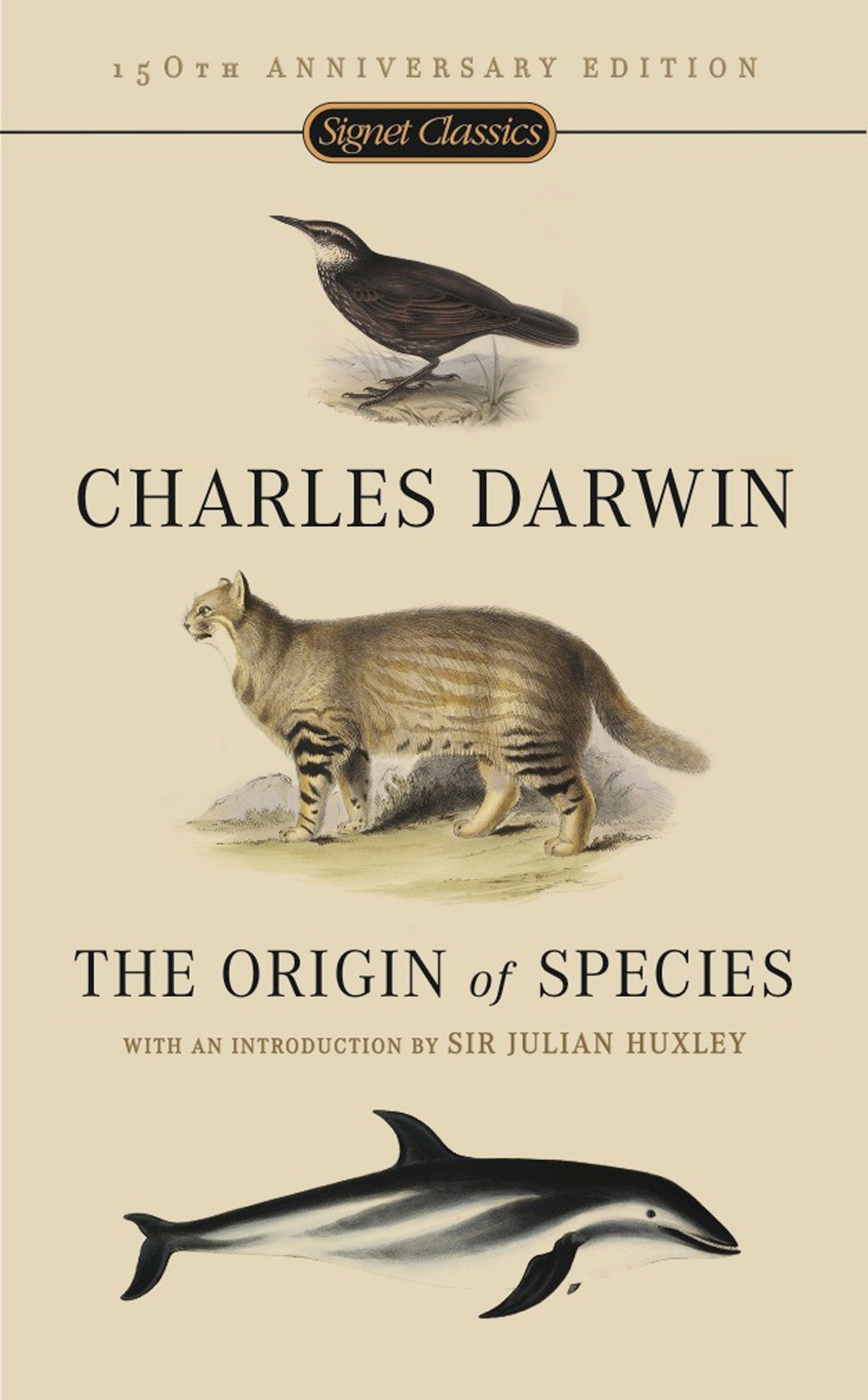 Review of Randall Fuller’s “The Book That Changed America”

By Scott CulpepperMay 26, 2021No Comments

Most students of American intellectual history embrace the conventional narrative that Charles Darwin’s Origin of the Species had a delayed impact on American culture because its 1859 release preceded the American Civil War by only a year.  Scholars have pointed to the post-war era of the late nineteenth century as the time when Darwin’s ideas penetrated American culture and stirred debates that would continue into the following century.  Many thinkers, Christians often prominent among them, cite the ways in which Darwinian ideas were coopted by social scientists and philosophers in support of scientific racism as the primary influence Darwin had on questions of race.

University of Tulsa English Professor Randall Fuller begs to differ with all these conventional narratives.  Fuller’s The Book That Changed America: How Darwin’s Theory of Evolution Ignited a Nation probes the initial responses to Darwin’s Origin of the Species in the first year of its release.  He focuses on the community of transcendentalist intellectuals residing in Concord, MA, as well as the ripple effects produced by the promotional efforts of Harvard Botanist Asa Gray to illustrate how Darwin’s ideas connected with issues already dominating the American consciousness on the eve of the Civil War.

Fuller begins his narrative with a fateful meeting at the home of Franklin Sanborn in Concord on New Year’s Eve, 1860.  Charles Loring Brace was the guest of honor and he had brought the copy of Darwin’s Origin that Darwin had sent to Brace’s cousin-by-marriage, Asa Gray.  Henry David Thoreau and Bronson Alcott were among the Concord luminaries who discussed the book with Brace and were then persuaded to read it.  Alcott also shared the text with his daughter, the author Louisa May, who appreciated the work more than her father did.  Bronson Alcott deplored Darwin’s emphasis on natural processes at the expense of the spiritual aspect of humanity while Louisa found Darwin’s discussion of natural selection useful for understanding the sectional crisis.

Fuller weaves a fascinating tale from this point that explores how these New England intellectuals identified with various aspects of Darwin’s theories in part because they gave cohesion to ideas and issues with which they had already been wrestling.  Brace, for instance, had been devoted to the work of the Children’s Aid Society in New York and developed a conviction that Darwin’s theory of natural selection posited that though some species were inevitably going to fail, the overall momentum of evolution tended towards a progressive betterment of the race.  He would apply these ideas to a text exploring how the development of language revealed clues to the development of human cultures.

Thoreau found ideas in the Origin that helped him reconcile the fact that his observations of the brutal side of nature challenged the optimistic transcendentalist image of creation infused with divine presence that he had embraced in his early writings.  The sage of Walden Pond also found Darwin helpful in explaining his observation of trees and how various types of trees competed for the same space.

Christian readers in particular will be fascinated with the debate between polygenetic and monogenetic theories that Fuller explores in the book.  Scholars such as Harvard Biologist Louis Agassiz, one of Darwin’s most fierce early American critics, were propagating the notion that God had populated the earth by creating separate species in specific environments, a polygenetic creation that did not involve descent from a single ancestor.  Despite the obvious problems this posed for the narrative of Genesis, many Christians, particularly in the South, embraced these ideas because they offered a justification for slavery.  It may come as a surprise to many readers as Fuller demonstrates how many supporters of monogenesis, the rise of species from a common ancestor, found evidence for their position in Darwin’s Origin.

Fuller also argues that many abolitionists seized on the concept that humans could all be descended from a common ancestor to argue for abolition.  This interpretation of Darwin found an enthusiastic audience in Concord, where fervent abolitionist beliefs had led many of the intellectual elite to support John Brown’s raid on Harpers Ferry and rage against the “injustice” of his execution.  Their abolitionist fervor tragically declined after the Civil War, and Fuller recounts how Brace considered his crusade more devotion to a cause than to a group of human beings who continued to be in need.

Fuller’s closing chapters contain a fascinating discussion of how even many of Darwin’s most enthusiastic supporters struggled to incorporate his ideas in their entirety, opting instead to adopt a modified version of Darwin.  Prominent among them was Asa Gray, who could not reconcile his devout Christian beliefs to Darwin’s starkly naturalistic interpretation of his own theories in which all evolutionary processes were guided by chance.  Gray opted instead for an evolutionary process guided by divine agency.  Fuller writes, “Gray told his Atlantic readers that Darwin’s theory, correctly understood, ‘concerns the order, not the cause, the how and not the why of phenomenon’” (215, Italics in the original).

Several of his transcendentalist friends followed him in postulating some form of divine guidance for evolution with varying ideas about what or who this divine agency was.  Fuller does well giving these points of view a fair hearing and weighing the strengths of Darwin’s theories of species development alongside limitation of such theories to explain the origin of matter or the nature of the soul.

Randall Fuller’s contribution to the study of Darwin’s impact on American culture arrives as a welcome window into the early reception of the Origin during a period often overlooked by those still grappling with Darwin’s ideas and their implications.  The Book That Changed America provides a great reception history of the Origin of the Species as well as a lesson in the malleability of ideas and the complexities of interpreting texts.

Some readers may argue over whether late nineteenth and early twentieth century scientific racism or Louisa May Alcott’s bold abolitionist vision is Darwin’s true intellectual influence.  The reality is that they both are in some ways and neither are in others.  Authors do not get to control what people do with their ideas, a problem that confronts all who traffic in ideas.  Fuller’s text also shines as a study of how ideas in technical fields can influence artistic and literary achievement.

Fuller demonstrates well that Darwin’s book influenced some Americans, though it may be going a bit too far to say that it changed America, at least in its first year of publication.  Rather, Fuller’s argument tends to show how Darwin’s book provided a catalyst for the working out of ideas and issues already prominent on the American scene.  Also, it is fair to ask how this influence actually traveled before the Civil War.  Most of the people Fuller introduces are people who were part of the New England intellectual elite.  They were certainly a group who enjoyed a disproportionate influence over the shape of American culture during this period, but Fuller’s assertion that Darwin’s ideas transformed American culture at large before the Civil War needs a little more support from more popular and grassroots sources as well as elite examples.

Fuller leaves no doubt of his admiration for Darwin’s intellectual legacy, but he also does a fair job of presenting opposing views and acknowledging the ways that Darwin’s theories were used to foster racism and ruthless capitalism.  The Book That Changed America presents intellectual history at its best.  Fuller writes, “Ultimately, it (his book) is shaped by a notion of its own: that ideas are like the plants and animals in Darwin’s theory of natural selection , shaped by their particular context, thriving or dying as a result of their ability to adapt.  This process can be wrenching; it leaves people trapped between two ways of thinking and believing, stranded between two existences.  But it also changes the world” (X).  Fuller’s own description of the fickle nature of ideas provides an excellent conclusion and a succinct summary of why people should read this text.