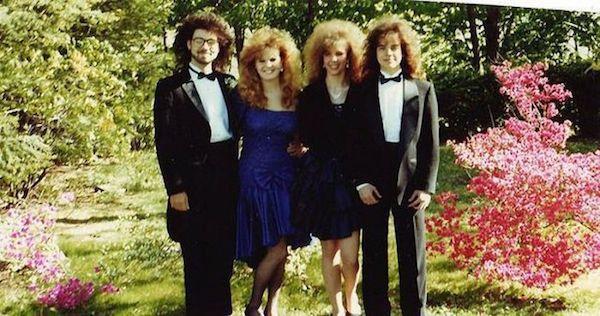 By Scott CulpepperAugust 2, 2021No Comments

As a high school junior, I read an eccentric text with unexpected results. I’ve always had a taste for the macabre in history, literature, and culture. Arthur Conan Doyle’s Sherlock Holmes stories fired my enthusiasm for reading, the horrendous case of Jack the Ripper’s murder spree honed my investigative imagination, and I loved a good ghost story in a decade which served up horror films on a regular basis. So, the “Satanic Panic” that swept American culture during those years should not have surprised me. Paranoid fears of razors in Halloween candy galvanized parents across the country. We heard whispers at our rural Louisiana high school of nefarious satanic covens sacrificing animals in the piney woods. Reports of satanic ritual abuse through recovered memories framed the decade. In hindsight, we know that most of those stories were based on pure fantasy and fear rather than real looming terrors.

I assisted our pastor’s wife in Vacation Bible School and was introduced to the story of Sean Sellers, a disturbed teen who had killed his parents as well as a convenience store clerk in  the mid-eighties and then claimed that he did so under the influence of Satanism. Fascinated by this topic, I obtained the aforementioned eccentric text by Hal Lindsey entitled Satan Is Alive and Well on Planet Earth. Lindsey is a former tugboat captain who underwent a conversion experience and trained for young adult ministry at Dallas Theological Seminary in the sixties. He engaged in college ministry with groups like Campus Crusade for Christ and achieved wider recognition for his popular bestsellers on biblical prophecy, such as his 1971 The Late Great Planet Earth. Satan is Alive and Well on Planet Earth represented a departure from Lindsey’s usual focus on prophecy. He attempted in that work to chronicle what he saw as the rising tide of Satanic influence in the early seventies. He also reiterated conservative evangelical interpretations of the origins of Satan through discussions of various scriptural texts. Some of the biggest howlers of the book came in the sections where he attacked the intellectual roots of modern culture by giving what I later learned were very loose interpretations of various philosophers and their work. The part of the book that arrested my attention at the time was in the final chapters when he gave a fairly standard overview of the differences between law and grace as the basis for human salvation. Dallas Theological Seminary classmates sometimes accused Lindsey of simply recycling his class notes for his publications, and his overview of the gospel did bear the hallmarks of a classroom summary of the doctrines of atonement at a very popular level. I had been raised in a traditional moderate Southern Baptist congregation in the days before the denomination changed to a more conservative/fundamental orientation. Though I had been a Christian since the age of twelve, I had never fully understood the role of grace in salvation. That moment marked a spiritual watershed for me in terms of understanding the implications of grace for the total Christian life. It also marked my true introduction to the popular evangelical subcultures of the time.

Almost thirty years later, I find myself reflecting a lot on that experience and how it shaped the future course of my life. Those reflections are reinforced by my work on a book project dealing with the history of American cultural responses to the “Satanic Panic,” Neo-Paganism, and other new religious movements that were often labeled as “occult” or “new age.” Popular Christian publications like Lindsey’s Satan is Alive and Well and much of the Contemporary Christian Music I listened to during my early college years play a central role in that narrative. Part of my focus is directed toward how the concept of spiritual “enemies” and spiritual warfare theologies refined during that period continue to shape some Christians attitudes toward cultural engagement and how they perceive those who disagree with them. It is actually surprising how brief that phase in my spiritual experience was, given how pivotal it seems in my mind. I have always had a deep love of intellectual and literary pursuits that was dampened to some degree by the anti-intellectual currents of the popular evangelicalisms I imbibed in those late high school and early college years. Those inhibitors faded as I engaged with works of real depth and encountered professors who challenged me in the best way in college. In my “Religion in America” course, we read University of Wisconsin Historian Paul Boyer’s book When Time Shall be No More, an excellent work of cultural history that demonstrated how the popular prophecy writing of Lindsey stood in a long historical line of such works that based their supposedly “self-evident” interpretations of scripture on a conveniently malleable set of presuppositions. In short, I left behind the dispensational premillennial prophecy scheme and gained a new appreciation for how the interpretive biases and systems we bring to scripture can influence our reading of it.

I find myself in the interesting position of not agreeing with the trappings of Lindsey’s ministry, one which is still ongoing today, while still being aware that, for better and sometimes for worse, one of his contributions did influence my life profoundly. I suspect most Christians can relate. Like the big hair and blue eyeshadow in those senior pictures, memories of some of our formative spiritual obsessions can make us cringe from time to time. A lot of us who have learned to seek wisdom from more balanced sources can remember well some of our “childish things” that we put away.

Such thoughts are a matter for nostalgic reflection when it comes to ourselves, but they also take on greater significance when we consider our roles as mentors and guides for others. To what degree do we accept the spiritual gateways that bring people into the fold even when we know they are not the healthiest final destinations? How much potential scalding do we allow before warning younger pilgrims about the heat of the stove? We wrestled with an infusion of Pentecostal/Charismatic practices during my college years led by some well-intentioned fellow students who did not really understand even their own theological traditions that well. They engaged in some excessive behavior as a result. When I see some of my students flirting with those practices today, I struggle with whether I should intervene in some way or trust that they will discover the right paths in their own time as most of us did. I could tell stories of anxious nights spent with broken friends as they doubted their salvation because they had not “received the Holy Spirit,” defined by them as speaking in tongues. Others were told that they could be “delivered” from alcohol abuse through ad hoc exorcisms as part of deliverance ministries made more popular by the very cultural phenomenon I am exploring in my book. What they really needed was a reliable support group and a lot of prayerful encouragement, not an exorcist. When these “exorcisms” failed to achieve the promised result, the person was informed that their plight was now seven times worse in a misappropriation of Luke 11:26. When do gateway theologies and practices go from awkward to dangerous?

I tend to adopt a live and let live perspective on cultural and theological differences the more I learn about the vast mosaic of faith throughout the centuries. On the one hand, I tell myself, we all have our spiritual gateways that were used to draw us to faith. Sometimes we still stand in those traditions fifty years later. In other cases, we grow and adopt new ways of living and believing even as we remember the old with some fondness for, if for no other reason, what they meant to us in the past. I’m reminded not to overreact to the trends I see in popular Christian subcultures when I remember my own gateway experiences. After all, one generation’s mullet is another generation’s man bun. On the other, our “post-truth” moment in American culture demands a renewed effort to encourage intellectual honesty and sober discernment in an age filled with creative varieties of snake oil at every end of the ideological spectrum. Maybe in the end one of the most salient features of grace is the irony and mystery of how it works itself out in the winding and seemingly contradictory patterns of our lives.